Building a relationship of trust with kids 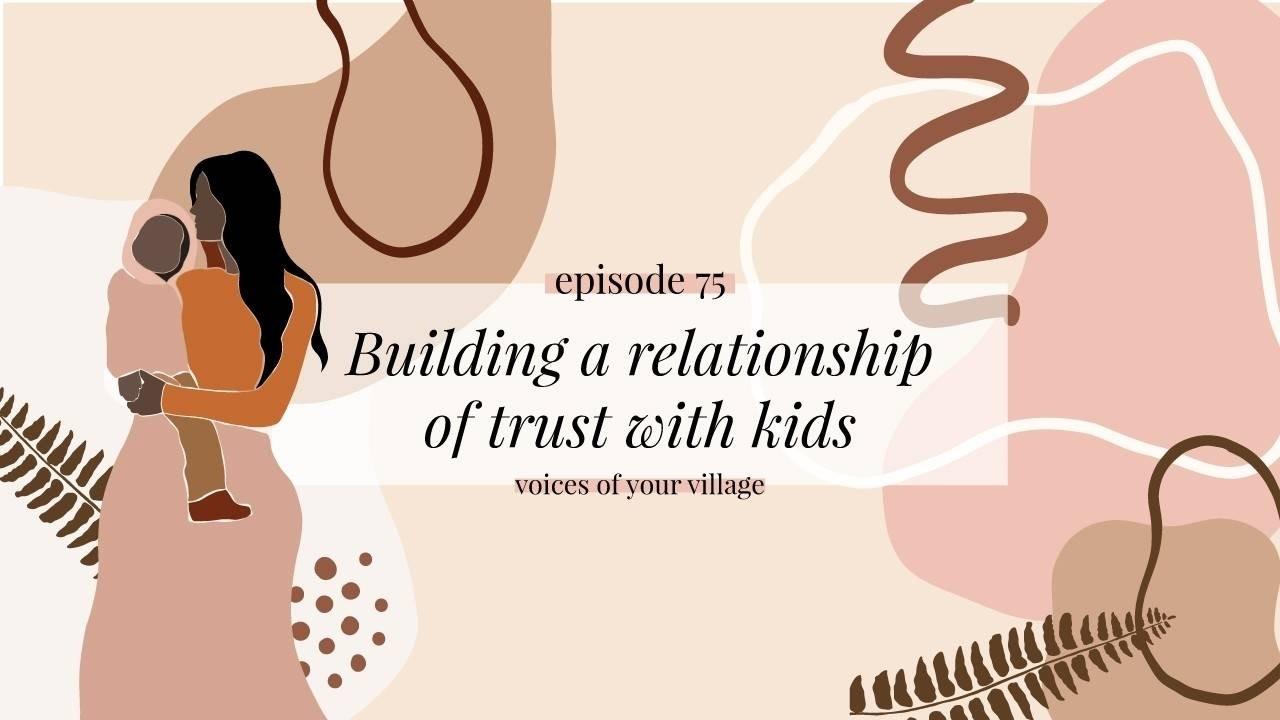 As parents and caregivers, one of our goals should be for our tiny humans to trust us - trust us to keep them safe and trust us to do what we say we’re going to do - and for us to trust them to hold up their end of the bargain. You may think this happens in the big moments - them coming to you with a big secret or confiding in you - but trust is actually built in the smaller moments, like keeping a promise. And it’s a two-way street - I expect the tiny humans to do what they say they’re going to do, too. There will be times when we let each other down because that’s just life - but more often than not, we need to follow through.

I want the tiny humans to know that I trust them - but that means actually trusting them - letting them take risks even when I know they might fail. It’s not only important to trust them in a task, but to trust them to handle hard emotions, too. Maybe their action might result in disappointment, embarrassment, or sadness. We need to show them that we trust that they have the tools to deal with the hard stuff. Having trust in kiddos doesn’t mean we only trust them when it’s easy - it doesn’t mean we only have faith in them when there is no risk at play. Trust is built in these small moments. It’s important, too, to tell the tiny humans that we trust them in these moments that happen all throughout the day. For example, “I trust that you can buckle your own seat belt. I’ll check before we go to make sure it’s safe.” Or, “I trust you to pick out an outfit that’s comfortable. I think it’s going to be a little chilly today. What do you think you should wear?” Trust them to make that choice (but maybe pack an extra jacket just in case they get cold).

If we do things like sneaking out when we leave or telling them something that isn’t true and then they find out, we’re breaking our trust to them. We do this sometimes because it’s easier to avoid a conflict. For example, maybe they ask for a second cookie, but I don’t want them to have another one, so I tell them they’re all gone when they’re really not. If they look and see that we’re lying, then we’re breaking our trust to them.

We’ve also gotta trust them when they’re doing things independently, like projects. It can be so hard not to step in when we see them doing something differently than the way we would do it, or see them struggling to figure something out, but if we do, then we’re telling them that we don’t trust them to figure it out on their own. Them figuring things out on their own is also how they learn. Not stepping in and doing it for them also allows us the opportunity to ask critical questions. This is even something we do with babies. For example, when they’re stretching for a toy but they can’t reach it and we just grab the toy and move it closer for them. Instead, get down on their level and say, “Ugh, you’re so close, how can you get to it?” First, give them a chance, and connect with them. We have got to trust our kiddos because when we do, it goes such a long way.

One of the biggest parts of trust-building is following through with boundaries. If we say, “I’m not going to let you climb on that because it’s not safe,” or “We are leaving in five minutes,” or, “I will come and play with you in 10 minutes,” we have to follow through. If we are constantly making empty promises, eventually they won’t believe us at all. Again, it’s more important to be honest in the moment, even if it means they might not like it -  “I really want to come play with you, but I don’t know if I will have time right now.” Even if a boundary is something they don’t like so wouldn’t want us to follow through on, when we do, we are building trust. Boundary setting and holding is not just a consequence for our kiddos - they need to learn at an early age that there are different outcomes to different choices, and boundaries are there to keep us safe. Our job as parents is to keep our kiddos safe and healthy - the boundaries we set and hold allow them to take risks because they come to trust that we would not allow them to participate in a situation that would put them in danger.

Pause and think for a second - do you really trust them? Do you trust that they will do their very best? Do you trust that they will communicate what they need with you (which sometimes comes in the form of a behavior we don’t love)? Pause and think, “What are they trying to communicate with me right now?” Let’s establish relationships built on trust with these tiny humans so they can grow to be their best selves and always know that they can turn to us whenever they need love and support along the way.